World AM Staff Picks For The 2017 Masters

So, without further adieu, the World AM Staff's 2017 Masters Picks!


"Augusta suits his game well which is in great form currently. No chance he finishes outside the top 10." 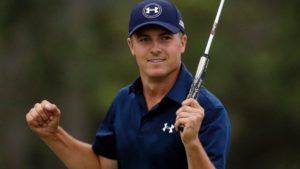 "If there's a year he takes home the Green Jacket. This is it."

"Lots of great players in this category. Only picked Pieters because people say I look like him. I don't see it."

"2013 was the last time The Masters had a Sunday morning leader other than Jordan Spieth, so I'm not betting against 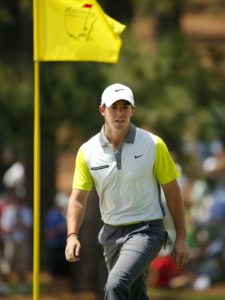 "He's eventually going to win at Augusta, which is more than can be said for Garcia, Westwood and Els, among other Internationals, so give me the Irishman."

"Do those guys still play?"

"First time players don't win The Masters and that won't change this year, but I'll be rooting for William McGirt, a native Carolinian and regular Monday After the Masters participant."

"Is there any other answer?"

"With his epic collapse on the back 9 of the final round last year, Spieth has one thing on his mind: Redemption." 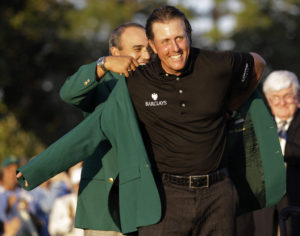 "With 3 wins and 2 second place finishes since October, Matsuyama is arguably the hottest golfer right now."

"Mickelson always comes with his best game to Augusta. 2017 will be no different."

"Currently 7th in the FedEx Cup Rankings and the 26th ranked golfer in the world, there isn’t a newcomer that has a better shot than Jon Rahm."

"He’s the number one golfer in the world and he’s gotten past his first majors win hurdle. It’s his time."

"That’s right The Future already has a past."

"This guys track record speaks for itself and he is going to break through at this event sooner rather than later."

"Who else in this category would you consider taking over Lefty."


"This course is set up for first timers to normally fail, but if I am choosing one this guy is a clear cut choice for me."

"Doesn’t matter if you are asking for favorite player, or who I actually think is the favorite to win is in 2017."

"The guy just seems to play well during the biggest tournaments."

"People say his back is not 100%, but I saw an Instagram video of him this week swinging, and he looked good to me."

"His name reminds me of the dog from The Wizard of Oz - that's my only reason."

"It may be the homer pick, but how can you bet against this guy right now?"

"He's finished T2-1-T2 in his three visits to Augusta. And last year was probably the biggest meltdown I've ever witnessed on a golf course. He loves the place and has the ball striking, putting and mindset to go really, really low."

"He's only missed the cut once in eight tries and (when healthy) is probably the most talented player in the world. I give him the slight edge over Jason Day, who I think will own a green jacket before his career is over."

"This is too easy. Other people may get cute here and try to find a way to go against the grain. But, they're wasting time. He has as many green jackets as missed cuts (3) in 24 appearances. Enough said, but if you need more... He has finishes this year of T8-T21-T14-T16-65-34-T7, so his game is pretty good at the moment as well."

"Hatton is on fire right now. He has finishes of  T23-T4-10-T4 this year. In addition, he is ranked 1st in SG:Putting, 13th in SG: Off the Tee and 5th in SG: Approach the Green. All of that, especially the putting, will come in handy on your first trip around Augusta National."

"See above. I think he wants to pummel this golf course to make up for last year's debacle."