Myrtle Beach, S.C. -- The 35th annual PlayGolfMyrtleBeach.com World Amateur Handicap Championship is nearly three months from teeing off, and more than 2,850 players from 48 states and 25 countries have already registered for the tournament. 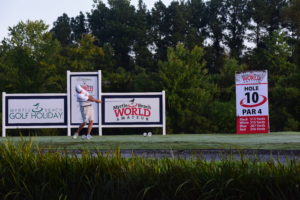 ahead of last year’s pace. The surge has been driven by an increased number of international, female and first-year players.

The cost of entry is $575 and players can register until August 1 by visiting the registration page.

“The PlayGolfMyrtleBeach.com World Am is golf’s most inclusive event,” said Scott Tomasello, the tournament director. “We are thrilled to see the increase in female and international participants, area’s of great potential growth for the tournament. We are looking forward to celebrating the World Am’s 35th birthday.”

The World Am will be played August 27-31 on more than 60 of Myrtle Beach’s best golf courses as players are placed in tightly grouped flights based on age, gender and handicap. After four rounds of play, all flight winners and ties advance to the World Championship Playoff, an 18-shootout that crowns the event’s champion.

Players are flighted into nine divisions – men 49 and under, senior men (50-59), mid-senior men (60-69), super senior men (70-79), seasoned seniors (80+), women, the gross division, senior (50+) gross division. There is also a “Just For Fun” flight, created for players who want to enjoy the World Am experience without the pressure of competition.

While the competition is initially what lures players to this bucket list event, 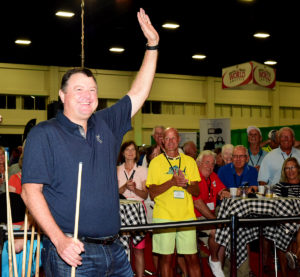 it’s only part of what keeps them coming back. At the heart of the World Am’s appeal is the camaraderie among its participants and much of that kinship is fostered at the World’s Largest 19th Hole.

Among the big names that have appeared at the 19th Hole in recent years are David Feherty, Brandel Chamblee, Charlie Rymer and John Daly.