32 Years (and Counting) at the World Am for Ray Zajicek 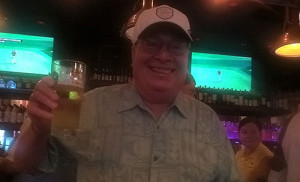 These days, 32 years of anything is pretty amazing. That includes marriage, working the same job, or even living in the same house. You could put playing in a golf tournament on the "pretty amazing" list as well.

There might be a few pros that have shown up at Augusta each April for more than 30 years, but 68-year old, Ray Zajicek, has been coming to Myrtle Beach, every year since 1984 to play in the World Am. He's one of seven remaining competitors from that first event that keep coming back year after year for all the fun.

At a gathering of the "Super 7" 32-year participants, Zajicek says it comes down to the people.

"I just enjoy it. It's these guys, I've just known them for so long and it's a wonderful thing to do,” he said. “It's camaraderie at its best."

Zajicek had a back operation back in April that has curtailed his normal World Am preparation, but he's here for the golf and to see all his friends.

"I love the 19th Hole each night, were you see old friends and meet new ones. It gives you a chance to get caught up on what they've been (doing)."

Zajicek says he has enjoyed playing the wide variety of courses in and around Myrtle Beach and his advice for those thinking of playing in the World Am is, "just do it!"

"Some people may be apprehensive coming in, but after day 2, they realize what a great event this is. We are all rooting for everyone."

This may be year 32 of the World Am, but Zajicek is already looking ahead to year 33 and beyond. Asked what would keep him away from Myrtle Beach each August, he gave a quick answer.

"I'd probably have to be on the other side of the daisies."