The Time I Was A Caddy For A Week

Part of working in the golf business means you get to meet some very interesting and talented people. There’s one person out there who has always had my back and helped me out professionally on the way. This time he outdid himself.

After another successful year working with the Monday after the Masters Pro-Am it was time to relax and unwind from a long week of work. Not so fast. My former boss man gave me a ring that Tuesday evening and said he needed a favor. "Of course" I said sure without hesitation or question.

He says, “I need you to caddy for one of my guys this weekend.” That’s awesome news. I don’t even consider that a favor. It would be a great time caddying for a professional golfer on the PGA TOUR, getting between the ropes. Hilton Head and 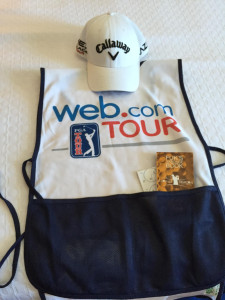 the RBC Heritage is just a short drive away. I’ll leave tonight even. As soon as my heart starts racing he pauses as if to wonder why I’m so excited.

Then it hits me after he asks if I have a passport. OH. Web.com Tour. In Leon — Mexico. Got it.

He sets me up to book my ticket with PGA TOUR Player services (which has phenomenal customer service by the way). Every TOUR player and their people have their own hotline to book plane tickets, hotels, you name it. When making the reservation, I’m told book whatever works best and you’ll be reimbursed after. Delta is my only option, and being that the flight is tomorrow, there’s only one ticket left and it’s in first class. Sweet! Leon, Mexico here I come in style. Wait, where is that again?

Because we got there on Wednesday evening, we have no background of the golf course. But the guy I’m looping for isn’t phased by it in the least. He’s a John Daly type. Give him a club and he’ll hit it straight and far.  I bunked up with another caddy making the trip and he gave me a few pointers for the course and your typical do’s and dont’s on the course.

First round, first tee time of the morning. So much for a chance to walk the course. Bright and early at El Bosque Country Club. The sun is barely up and we’re at our first hole, a long par 5. Leon is at about 6,000 feet elevation so the air is thinner and makes changes in your distances. No need for advice on the tee, par 5, driver, spanks it down the
middle. First yardage of the day comes for what normally would be 225. Grip it and rip it, right?

If only it were that easy. 225 is the actual yardage to the front of the green. +7 for the pin. -5% for morning time elevation. -10 downhill. Wind from left to right. Okay, that’s uh.. 210. Perfect, “it's 210, adjusted” I said in my most confident sounding voice. He grabs his 5 hybrid like a pro and sticks it to eight feet for eagle. Maybe I have this caddy thing down?

Coming into this I did not ask a thing about finances assuming it would be pro bono but I couldn’t help but wonder at that moment what the winning share for the tournament was. Something around $150,000, or maybe $1mil in pesos. A caddy gets 5-8%. Hey! A solid $10k payday coming my way! There I go again getting ahead of myself.

He three putts and we miss the cut. 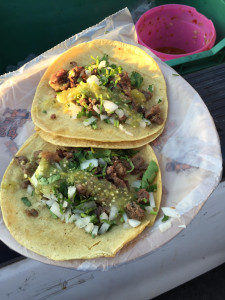 Two rounds of brutal walking up and down hills in the mountains. It was a ton of fun and a great learning experience. Got to eat real tacos, watch a PGA TOUR winner play 36 holes and chat with the rest of the group. One of which won his first PGA TOUR event not 6 months later. I’d like to think he used some of my words of wisdom to get that first notch in his belt.

It’d be nice to think that will be my last impromptu trip to Mexico for a golf tournament, but I thought that back in 2011 when a similar phone call came in. “You’re needed in Mayakoba, Mexico for 10 days, can we count on you…”

“…to jump in the Don Pepe Pelota mascot costume and entertain tourists all week?”  Maybe I should start asking more questions before diving into my next adventure.