Changes to the Rules of Golf

doesn’t matter who you are, or how long you have played the game, knowing all of the rules out on the golf course seems to be a very rare thing.  I have played the game both competitively and for fun all my life yet there always seems to be a ruling that comes up on the course to which I simply do not have the answer.  There are also cases where a rule will come up and I feel that I am almost certain I know the answer because it has happened to me in the past, but without fail that rule has been changed or amended in some way, shape, or form and I am wrong once again.  We have seen changes to the rules in the past and we are going to see more rule changes in the future.

Golfers all have different opinions about the changes to the rules.  Some think the rules should simply stay the same and not be modified as this only makes it harder for us to keep up.  Others think as issues arise the rules should be changed more frequently than they are currently.  Regardless of which side of this argument you land on we should all be able to agree on one thing, once you learn and understand the rule it should not take a rocket scientist to determine what the ruling is after an event occurs.

A perfect example is what happened to Dustin Johnson at this year’s US Open.  This incident was the definition of a nightmare rules controversy.  In our office after we all saw the incident, watched replays of what happened, and read up on what ruling was actually made we discussed it just like the rest of the golfing world.  After about 2 minutes into the conversation it was clear that that we had different opinions on what ruling should or should not have been made.   None of us are rules experts by any means, but once we all had a clear understanding of this particular rule we should not have to be arguing over what should have happened as the rule should simply be easier to understand. 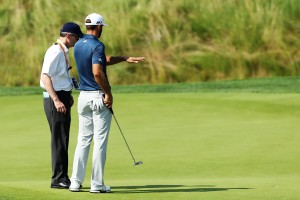 As we can see this particular ruling caused such uproar that the USGA and the R&A have basically stated that they will be changing this rule in all of the events they hold beginning in 2017.  If a player causes a ball to move accidentally while on the green they will not be issued a penalty.  They have declared that this will be a local rule that gives committees the option of whether or not to make the change, but let’s agree that almost every committee is going to institute the change.

This is just the most recent of changes that is going to be made to the rules, but there are many more that have taken place throughout the sport's history.  Prior to this upcoming change we saw the outlawing of anchoring your putter.  This rule change obviously got a variety of different opinions from golfers.  Some say it makes the game more difficult and that could hurt our growth of the game initiatives.  Others say that anchoring the putter should be considered flat out cheating as it just makes putting easier, giving some an advantage over others and if left in place, the short putter may completely disappear from the game.

The two rules mentioned above I feel comfortable saying that I am a big fan of seeing changed.  I look at other rule changes and wonder "why did we not stick with that change" or "why would we take that out of the game"?  We have seen rules that have been changed that have stuck with and others that have changed and then changed back.  Some of these rules were great additions while others were taken away for what seems like no reason at all.

The continuous putting rule was one that was changed and changed back rather quickly.  In 1966, the USGA added a local rule that stated once you were on the green, marked your ball and then placed it back on the green for your turn you were required to finish putting the ball out until it was holed without being able to remark the ball.  The only exception was that if you were in someone’s line it was up to the person whose line you were in to determine if they wanted you to remark your ball.  If that player wanted you to finish regardless of standing in their line for whatever reason you had to finish out.  The idea behind the rule was that it would speed up play.  In 1968 the rule was made an actual rule of golf and then in 1970 was rescinded from the rules altogether.  This rule was for stroke play only, but is one that I think was a great rule if for nothing else to speed up the pace of play which we can all agree is a major problem in golf. 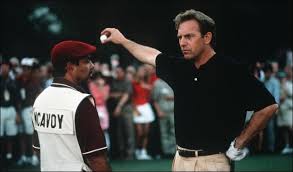 Another rule that was taken out of the game was the way that you had to drop the ball.  You used to have to have to hold the ball over your shoulder to drop it so you could not look at where you were dropping the ball.  I never actually got to do this as I am too young being the rule was taken out of the game in 1984, but I like the concept behind the rule.  The reason that I liked the rule was that it represented the integrity that lies within the history of the game.

Whether or not we think the rules should be modified, or stay the same, we all have different opinions about the rules.  We discuss rules we don’t like in our golfing groups all the time and how certain rules could be applied or stated differently to make the game easier to understand.  As complicated as the rules are these types of discussions will always take place and the rules will constantly be modified as the game continues to evolve.  If you were given the option to add, change, or even omit a rule what change would you make?

Join the conversation on our Facebook Page and share with us what changes you would make to the Rules of Golf.