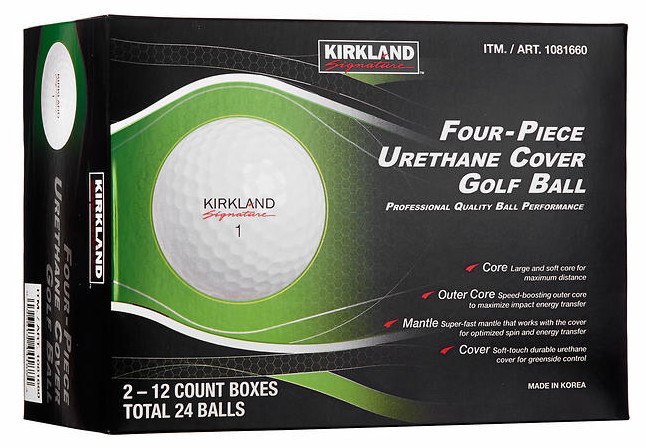 Costco, the wholesale, membership-only warehouse club, has recently released a new golf ball under their Kirkland brand called the Four-Piece Urethane Cover Golf Ball, otherwise known as the Kirkland Signature. Coscto released this new golf ball in direct competition with Titleist’s ProV1 and ProV1x,  long considered to be two of the best golf balls on the market.

[NOTE: for an explanation on how GolfBallTest.org determines their ratings, click HERE]

The distinguishing factor between the two (which may be unsurprising) comes in pricing. While a dozen balls of Titleist’s ProV1 and ProV1x at Dick’s Sporting Goods both come in at a hefty price of $47.99, two dozen of Kirkland’s Signature comes in at just $29.99. With very similar characteristics and such a significant difference in pricing, it’s hard not to at least want to give these new Kirkland’s Signature golf balls a try.

According to one review, Costco only sells these golf balls in-store on a seasonal basis. However, Costco always has the Kirkland’s Signature golf balls available online.

As of this blog post, the Kirkland’s Signature golf ball currently has 81 reviews consisting of 74 five star reviews, 6 four star reviews, and 1 three star review. Below, you’ll find an example of each:

“I've been playing golf for more than 40 years and have spent many thousands on premium golf balls such as Pro V1's, so I bought these balls with more than a little bit of skepticism. At $15 a dozen I thought it would be at the very least a good laugh when I pulled these out on the first tee. After all the ribbing I teed it up and hit it right down the middle just as far as the Pro V's I normally play. My friends continued to give me trouble as I played the rest of the round with the same ball. At the end of the day my buddies were asking me where I bought them. At my age (75) and slower swing speed (80 mph) I don't see why I should spend $50+ on a tour ball when this one works just fine for me. In a way I shouldn't be surprised since I've found that Costco only puts the Kirkland Signature label on top quality products. Way to go Costco!” 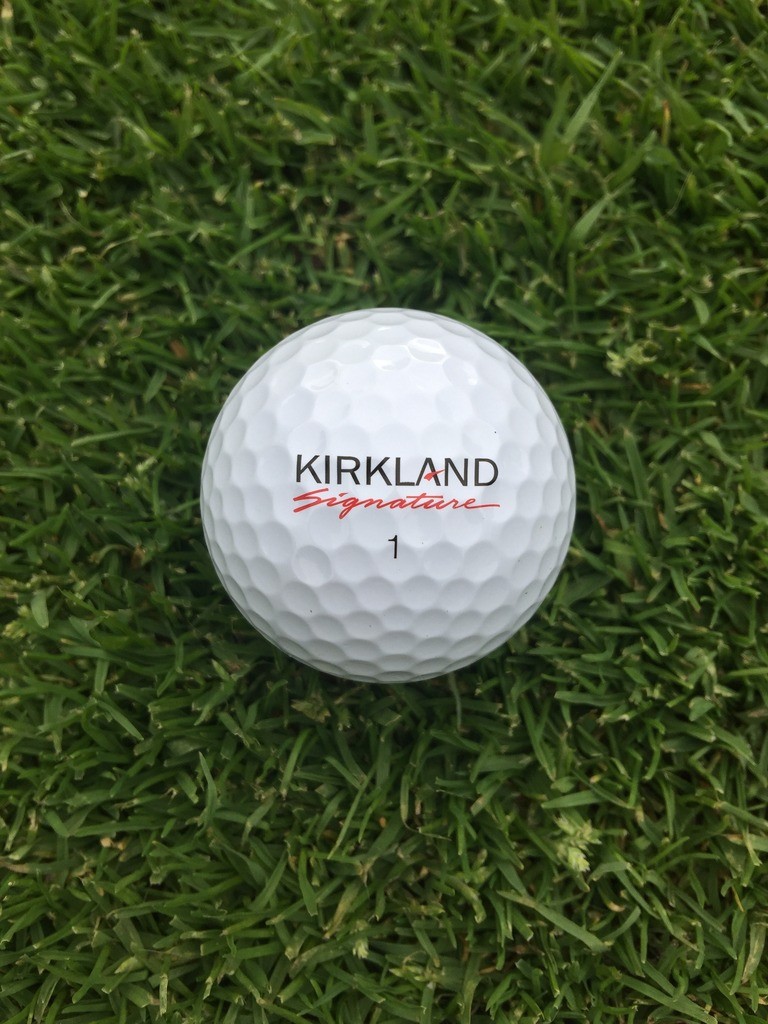 “Purchased this item because Costco's reputation for having high quality products Costco put their name on. I have been using Calloway golf ball for almost 5 years (purchased at Costco) and so far the Kirkland Signature appears to hold up against the competition. I have only had a opportunity to use the ball in two rounds. The only thing I've noticed is that the cover seems to wear quicker than the Calloway ball. This could be due to the fact that most course we are playing on now have been punched and sanded.”

I read about these so of course I ordered the 2 dozen immediately to try out. I personally played to about a 6 hcp until hurting my shoulder and having some stiffness set in due to posture issues. In the process of finding my swing again so I am no making the pure crisp contact on all shots. With that being said, I believe it to be a decent ball for the money and distance is somewhat comparable to the top tour balls. But....I gave one to my buddy who plays to probably a 1 or 2 starting on the back nine and with his driver it instantly hooked which he had not done on the front 9, iron shot was a knock down then short pitch so no real feed back....hole 11, hooked it again.....finally found the middle and with the wind behind on his second shot the ball actually ballooned on him which is very odd. He immediately switched back to the Pro V1x. I'm not sure if there was an internal defect with that ball or what but with all the other positive reviews it makes one wonder...hmmmm. An up in the air result and a not so good result should avg out to a 3 correct? ;)”

If you have tried the Kirkland’s Signature golf balls or plan to, let us know in the comments section!