Sometimes the World Am is more than “just” a golf tournament 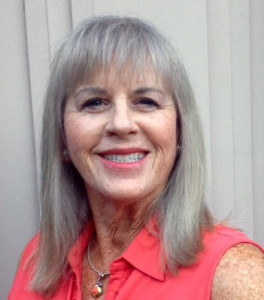 The World Am is a golf tournament. A week of good times, good golf and camaraderie.

But sometimes the event is more than that.

The Lake City, Texas resident and avid golfer was diagnosed with breast cancer on January 29, 2014, just days after her birthday. She underwent a double mastectomy in March 2014 after doctors found a different type of cancer in each breast and battled post surgery complications, but through it all, she had one goal – to play in World Am.

“It was wanting to play and be with my friends that was an inspiration for me and kept my hopes up,” said Harvey, who credits her faith and early detection for her survival. “There were times I didn’t think I would make it. The tournament was a big factor (in my recovery) … Every time I talked to my surgeons, I told them I needed to go play at the end of August.”

Harvey arrived in Myrtle Beach last August with her friends and the modest goal of being able to complete four rounds in as many days. She had played very little throughout her fight, and as a result, was just happy to be at the tournament.

Over the course of 72 holes, Harvey’s play far exceeded her expectations and when a player ahead of her faced a handicap adjustment, what once seemed unimaginable was reality.

“I didn’t think I had a chance but some how or another, I got bumped up,” said Harvey, whose best previous finish was 13th place. “I didn’t know until I got to the 19th Hole (that I had won). A friend walked up to me and hugged me and said, ‘you won, you won!’ and pulled me over and pointed to my name on the leaderboard.”

Harvey and her friends celebrated the victory and how far she had come to even be there. She struggled in the World Championship Playoff, shooting a net 85, but that was irrelevant.

“It was the cherry on top of the sundae,” she said of winning her flight. “Winning was something I never expected. It was a dream come true, but it wasn’t what I went there for.”

Fast-forward to today and Harvey remains cancer free and is back in Myrtle Beach at an event that she drew strength from while fighting for her life.

“(The World Am) was the inspiration for keeping me going during a very rough time in my life, and I made it,” she said.

We are glad she made it back again this year as well.