One of Golf Channel’s most prominent personalities, Rymer will attend the World’s Largest 19th Hole Monday and Tuesday night. Rymer will join fellow television personality Chantel McCabe and national golf radio hosts Brian Katrek and John Maginnes. Charlie’s star in the golf media business has continued to ascend in recent years. Through his rise, Rymer has a remained a friend of the Myrtle Beach World Amateur Handicap Championship.

Rymer will emcee the 19th Hole activities on Monday and Tuesday, regale tournament participants with stories from behind the scenes on the PGA Tour, and take questions from the crowd. 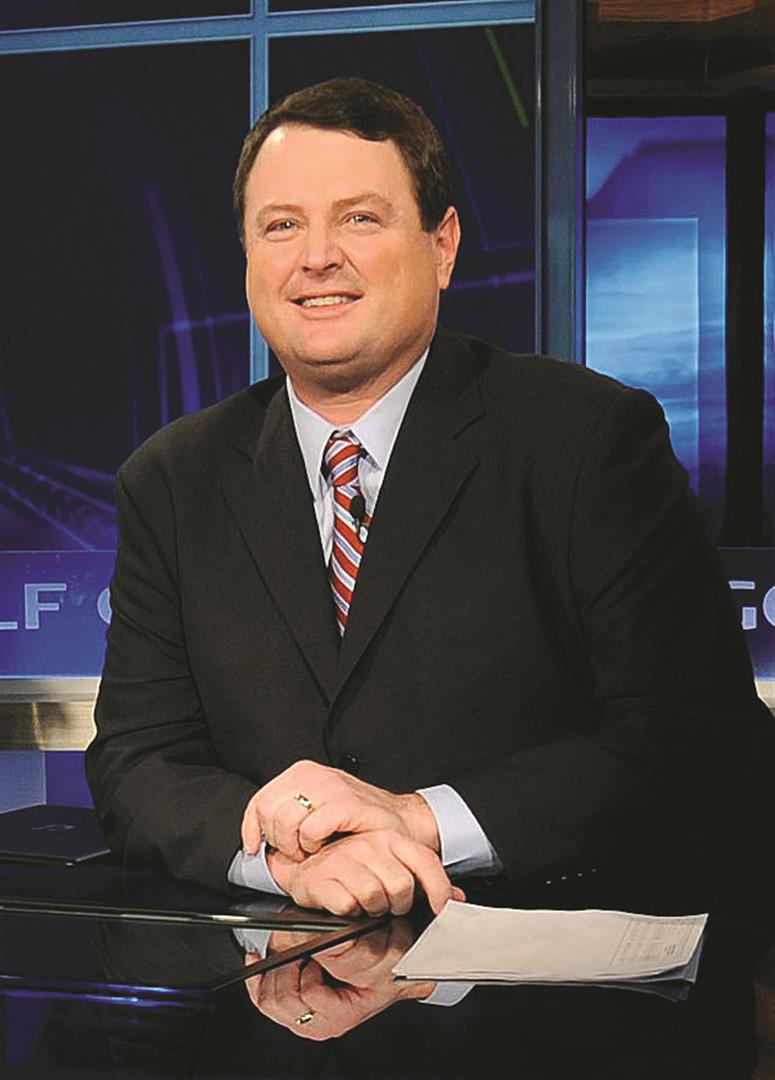 Damon Hack became a Golf Channel host in 2012 and has predominantly served as a co-host for Morning Drive. He also is a contributing writer for GolfChannel.com. Damon has become a favorite on the network with his robust personality and extensive golf knowledge.

Hack previously worked for Sports Illustrated and The New York Times, where he covered golf and the NFL.

Damon will be the emcee of the 19th Hole on Wednesday and Thursday nights. He will conduct interviews on stage, cover live contests and tell his own stories of a life covering the game we all love. 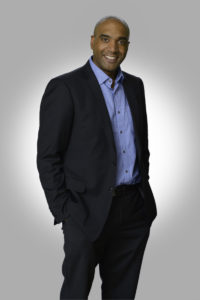 Paige Spiranac is a rising golf talent, media personality, and online influencer who's on a mission to show the world how much fun golf can be. She's passionate about growing the game, especially amongst young women, and fighting against bullying, both online and off. She is always excited about finding innovative ways to reach new audiences and to spread positive messages.

Paige has been traveling the world playing competitive golf as well as collaborating with companies such as Callaway, Descente, Topgolf, Golf Digest, and TheCHIVE on creative media projects and appearances. She will be in attendance at the 19th Hole Wednesday & Thursday nights interacting with participants, sharing her story and producing live media coverage. 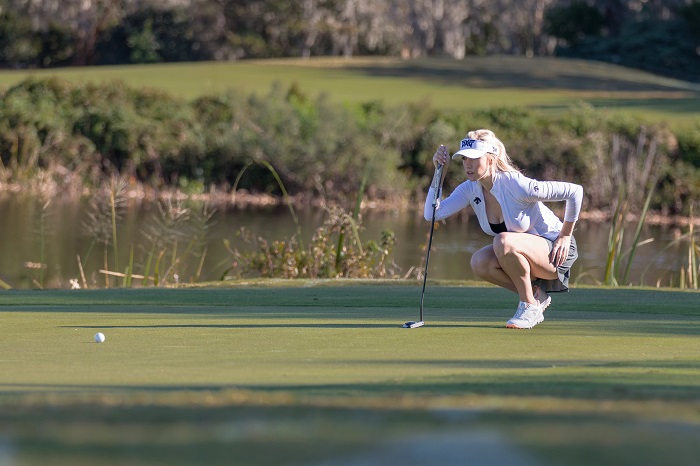 Chantel began working as a live reporter for the Golf Channel in 2016. She has covered the PGA Tour, LPGA Tour, NCAA golf and more. Chantel covered the Patriots 2016 season and the 2016 presidential election in the first-in-the-nation state. She also served as the 5pm news anchor weekdays at NH1 News. You may have seen her on NESN or Fox Sports regional channels on 'Golf Destination.'

Chantel spent some time in Myrtle Beach in February 2017, co-hosting Morning Drive with Charlie Rymer, live from the Dustin Johnson World Junior Golf Championship. Her professional presence and interview skills will work masterfully amidst the crowds of the 19th Hole.

Chantel will be on the main stage, roaming the floor conducting player interviews and more on Tuesday & Wednesday nights at the 19th Hole. 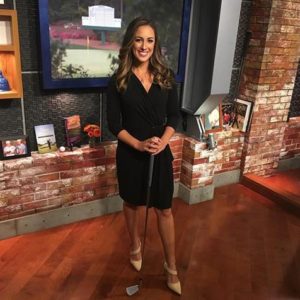 Katrek and Maginnes On Tap

Katrek & Maginnes On Tap, which airs nationally on PGA Tour Radio on Sirius/XM, will be originating from the World Largest 19th Hole again this year. The show will be broadcasting from the main stage at the Myrtle Beach Convention Center each night. World Am players will be able to interact with the hosts and enjoy the fast-paced program, which discusses the hottest topics in golf.

John Maginnes is a former PGA Tour pro who brings keen insight into the game played at its highest level and an irreverent sense of humor. During his playing career Maginnes won several events on what is now the Web.com Tour. He also contended on the PGA Tour, once participating in a five-man playoff at the Buick Open. A 2004 elbow injury effectively ended his professional career, but his quick wit (it certainly wasn’t his stunning good looks!) caught the eye of media executives. After a two-week trial run with USA Network, he launched a media career that's now in its 12th year.

Brian Katrek is the ultimate professional and one of golf’s most trusted voices. An Emmy award-winning broadcaster, he has hosted television, interactive, and radio play by play coverage of golf tournaments since 1999, including all four majors and the Ryder Cup. Katrek brings more than a polished voice and an unmatched passion for the game. He is also an accomplished player in his own right. He has won numerous amateur events and will again compete in the scratch division at this year’s World Am. Katrek has also caddied on the PGA, Champions and LPGA tours, so he has a deep understanding of the game from many perspectives.

The duo paired up in January of 2014 on Sirius/XM and have developed into the most popular in the game. 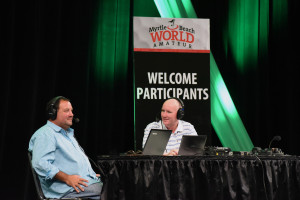 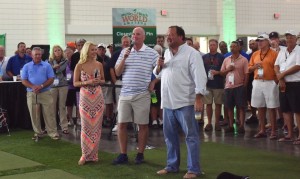 Ewa Mataya Laurance is one of the most visible superstars in the history of pocket billiards. Known as The Striking Viking, she will be doing trick shot shows and accepting 9-ball challenges from participants all four nights at the 19th Hole. She will be set up at the Featured Table in the main hall of the 19th Hole. Go by and watch Ewa perform and see if you can beat the Striking Viking in a match!

Ewa is one of the most visible superstars in the history of pocket billiards. Known as The Striking Viking, she took the billiard world by storm after moving to the US from Sweden.

Following her childhood dream of becoming the best in the world, she continues to be a dominant presence on the international billiard scene.  Ewa is the current International and World Cup Trick Shot Champion and the holder of multiple World and US Open 9-ball titles. She has also won the Swedish, European and US National Championships in her incredible career. A former #1 ranked player in the world, Ewa has received Player of the Year honors and been named WPBA Sportsperson of the Year. In 2004, she was inducted into the prestigious Billiard Congress of America Hall of Fame. 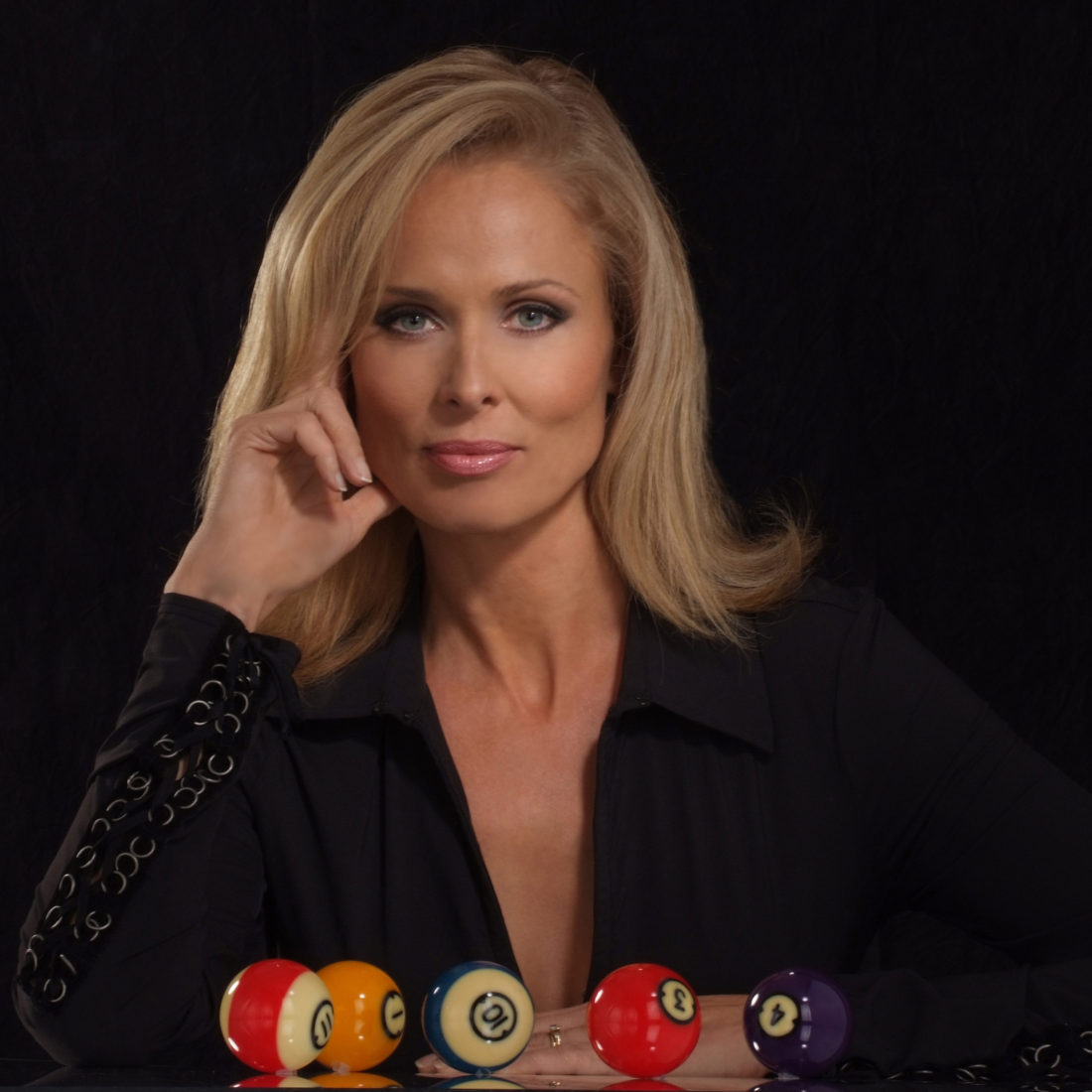 Each evening, the 19th Hole features "World Am LIVE"! With a different band each night, a dance floor to let loose, seating for 700 and the biggest bar in the place, you're sure to have a great time. Check out what artists are slated to appear in 2018!

BOUNCE! guarantees a blast of sing-along, drink-along, dance-along music. They raise the roof like the ceiling can't hold
them with Dance, Pop and Rock. They deliver an energetic performance of your favorite songs so the party never stops.

BOUNCE! is an eclectic group of musicians with years of experience, tremendous talent, boundless energy, and unmistakable chemistry. The musicians' professionalism and talent guarantee that the night will be an extremely positive experience. In addition, this Band is more than willing to cater to your specific musical needs.

The Bounce Party Band will be on stage in the World Am Live Ballroom on Monday, August 27th.

TRU SOL BAND has had the attention of audiences since they first arrived on the scene in November of 2004. Not only did they make a lasting impression, they became one of the top-drawing bands along the Grand Stand (Myrtle Beach area). Tru Sol consists of seven team players whose chemistry and passion sets them apart from all others. Their passion comes from a desire to bless others through their God-given talents.

The female vocalists are Sheryta Spears-Samuel, Natasha McKinnon, and Rachelle Washington. The male vocalists are Merrell Samuel (bassist) and Dorian Samuel (guitarist). The drummer is Mark McKinnon and the keyboardist is Billy Lewis.

These fun-filled entertainers take pride in their soulful renditions of classics from the Motown Era up to the present Hip Hop and R&B Era. Their performances are electrifying and guaranteed to keep the crowd happy simply because they go above and beyond to cater to their client’s needs. They feed off of the energy and body language of the crowd when choosing songs to play versus going down a written song list.

Tru SOL will be on stage in the World Am Live Ballroom on Tuesday, August 28th.

World Am Karaoke made its stage debut in 2016 and the response was incredible. Based on the resounding positive feedback, the World AM will be having a Karaoke Night for the third straight year.

We'll have a professional DJ running the show, but it's up to you to bring the house down. Get there early and put in your request for your favorite song. Hang tight and watch your fellow competitors to see who among you has the best vocals.

World Amateur Karaoke Night will be on stage in the World Am Live Ballroom on Wednesday, August 29th. 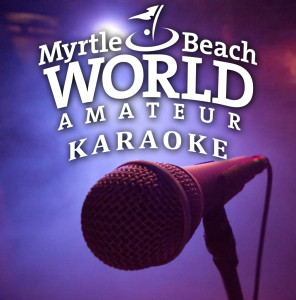 Night Years is a premier corporate, wedding, and event band specializing in making parties unforgettable. Their 9 piece all-star lineup includes an American Idol finalist, international entertainers, and seasoned industry veterans. That, combined with a multi-decade range of music, state of the art light show, and studio quality live sound is a guaranteed recipe for the ultimate dance party!

Night Years will be on stage in the World Am Live Ballroom on Thursday, August 30th.

***Bands and Celebrity Guets are subject to change at any time***