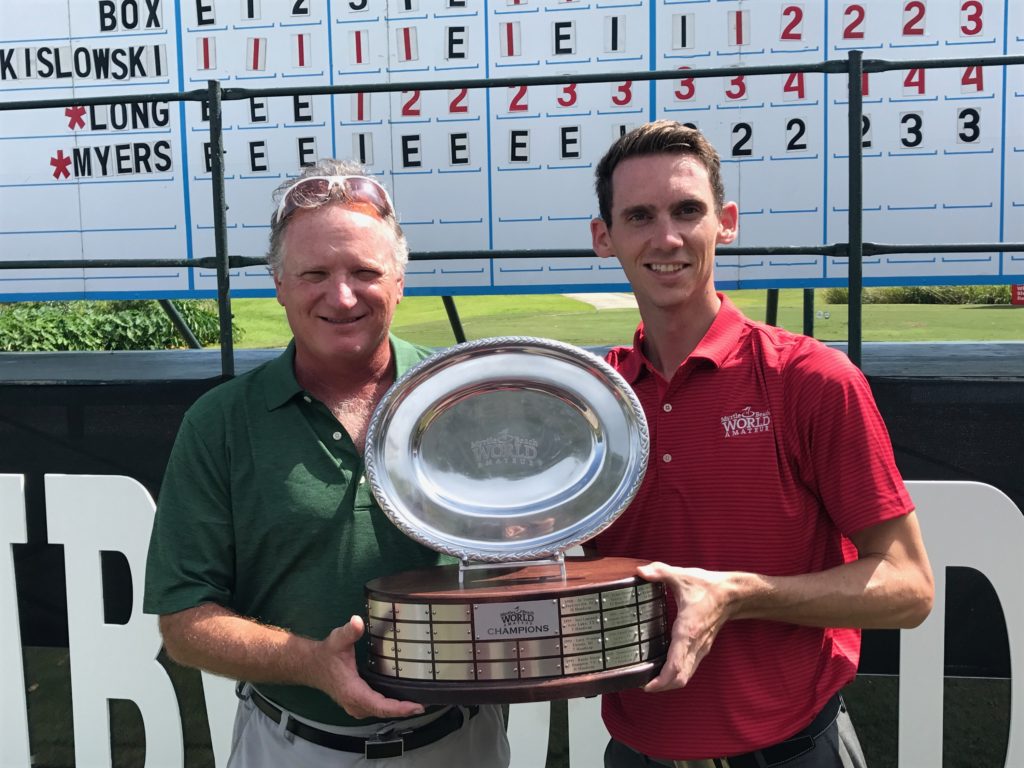 Henley edged James Dupont of Meadville, Pa. and Charlotte’s Jim Acord, who each shot net 67s. Hilton Head’s Wes Long fired a sizzling 68 to win the Gross Division and finish five rounds with a cumulative, gross score of 1-under par.

Virginians Ted Hartung and Thomas “Duke” Wagner won the International Pairs competition and, along with it, a trip to St. Andrews, Scotland to represent the United States in the IP World Championship in 2018.

A 72-hole, net stroke play tournament, the World Am was played on more than 50 of Myrtle Beach’s best golf courses.

Players from 49 states and 20 countries competed in the event, which was open to all men and women 18 years of age and older, and players were flighted based on age, gender and handicap.

Each flight played a different course every day and after four rounds of competition, all flight winners and ties advanced to the World Championship Playoff at the Dye Club. The playoff was an 18-hole shootout to crown the event’s winner.

While the competition is initially what lures players to the tournament, it’s only part of what keeps them coming back. At the heart of the World Am’s appeal is the camaraderie among its participants, and much of that kinship is fostered at "The World’s Largest 19th Hole."

Each night of the event, the 19th Hole overtook all 120,000 square feet of the Myrtle Beach Convention Center, providing participants with free food and drinks, live entertainment, celebrity guest appearances, a golf expo and more.

Among the big names that appeared at the 19th Hole this year were Golf Channel personalities Charlie Rymer, Damon Hack and Chantel McCabe, billiards legend Ewa Laurance and Paige Spiranac, one of the game’s fastest-rising personalities.