Why I’m a Part Of the Golf Industry

A few weeks ago, I wrote a piece in 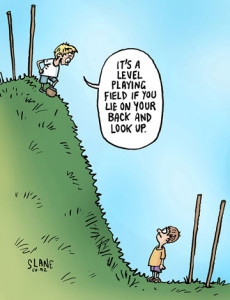 which I gave out advice on your handicaps despite being a “Non-Golfer”. Many of you might have wondered, “If he’s a Non-Golfer, why are you in the golf industry?” Well, today, I’m here to tell you why.

One of the biggest reasons I am in the golf industry is because the sport of golf features one of the most unique competitions in sports. Not only are you competing against other players, but you’re also competing against the golf course itself. There isn’t another major sport that’s like that.

Another facet of golf that makes it unique is how important the mental aspect of the sport is, and because of this, it allows older golfers to still compete with the younger golfers, such as Mickelson vs. Spieth. The handicap system takes it a step further and truly puts golfers of all ages and sexes on an equal playing field. You don’t see that anywhere else, as it’s next to impossible to have a 60 year old competing against a 20 year old in a game such as basketball or football; there just isn’t a way to equalize the playing field in other sports.

While the competition is a fantastic aspect of golf, the camaraderie is what truly makes it special, particularly in the tournaments that we run. It’s always rewarding to see two or more competitors after a round of golf discussing the best and the worst shots of the day. There’s rarely any hostility, but there’s almost always laughter and enjoyment. It’s a special sight to behold when you see dozens of people that are competing with one another come in after the round and enjoy each other’s company. The game just seems to be fun for people, which in turn makes the job fun for me. 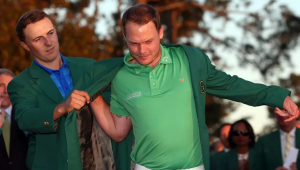 Growing up playing youth football and basketball, I was always stressed sportsmanship and to play with class and dignity. But as I got older, it seemed like the qualities that were stressed to me when I was younger were no longer as important. If you watch the NFL or NBA, it’s almost night and day how the athletes handle themselves in comparison to golf. Golf is kind of the poster sport for class and sportsmanship, making the golf industry all the more appealing.

Look at The Masters, for instance. How cool is it that the champion from the year before hands off the green jacket to the current year’s champion? In the twenty or so years I’ve been watching The Masters, outside of MAYBE Jordan Spieth last year, you don’t see the previous year’s winner upset at all during the ceremony; they’re usually genuinely excited for the new champion.

In a sense, I’m like all of you. The sport of golf is truly special to me, even if I’m not out there swinging a golf club.