Why We Use Your Low 12 Handicap Index

Take the golfer who is truly blessed by being able to play golf 4 to 5 times a week.  This particular player will play 20 rounds of golf in a 4 or 5 week period and all of the scores outside of this short time period will no longer be reflected in their current index.  Let’s agree that we all go through peaks and valleys when playing and both the good and the bad can come and go as quickly as flipping a light switch.  If a player that plays this often plays poorly for a few weeks leading up to an event, then that could dramatically change their current index.  In this scenario, it would be fair to say that the current number does not reflect how this player plays when he or she plays their best golf.

Another example of this would be the golfer who gets injured in some way, shape or form and is unable to play golf at all for say a 6 to 8 week period.  This golfer, without any practice at all during that time period, is likely to see their skills on the course decline.  When this player comes back from the injury they certainly won’t be playing their best golf.  Throughout this process they are going to post some bad rounds and their handicap will go up.  The end result of this is going to be an inaccurate handicap index because the number will not truly measure this player’s ability to play at their best. 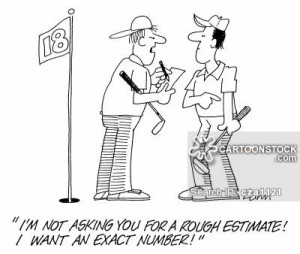 That's just two examples of how a current index can become inaccurate without the player ever doing anything intentionally to manipulate their index.  Under these types of scenarios, an honest player may show up at an event and play really well, thus beating this inaccurate current index.  They may be adjusted, or even in some cases disqualified for not doing anything wrong because the number they provided does not properly measure their true playing potential.  When it comes time to review the validity of a player’s handicap index, it won’t matter whether or not their index became inaccurate by being manipulated or in an honest manner. Either way, the number is inaccurate.

Many players look at the handicap rules that are in place as the staff going overboard to try and catch the few players that are referred to as "sandbaggers". But that is only a small part of why this rule is in place.  The Low 12 rule was established to help players, not restrict them.  Focusing on making sure we get an accurate number from an honest player is much more important than the idea of catching a player manipulating the system.  The worst conversation to have is one with a player who has an inaccurate index for doing absolutely nothing wrong to make the number inaccurate.  The problem is that at the end of the day, once an index is determined to be inaccurate, the reason for it becomes irrelevant. It is simply a must to protect the players in the field that do have accurate indexes.

The most important thing for our staff to focus on when obtaining a player’s handicap index is to try to get an index for every player in the tournament that represents how they play when playing at their best.  An index from a player who
has been playing poorly or may have been restricted due to injury does not do that.  Going back for 5 or 10 years in a returning player's profile and looking at their tournament rounds they have had in past years at the event doesn’t do that either.  By taking a player’s Low 12, we give ourselves a large enough window to accurately review the player without going back too far.  The Low 12 is the best tool we have available to find a player’s current potential. This helps us to put everyone in the event on as equal of a playing field as possible.