After a 72 holes of play, the top 3 players advance to the championship round at Barefoot Resort’s Dye Course, where a champion is crowned. 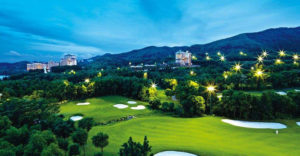 Medalists of the each gross & senior gross divisions will receive an all expenses paid trip to compete in the Hainan Amateur in the Yangpu Economic Development Zone in China in November.

The exemption isn’t the first time World Am gross division players have earned the right to compete in Asia. The top 10 finishers in the inaugural gross division event in 2014 were invited to participate in a Ryder Cup style event in China.

The 35th annual PlayGolfMyrtleBeach.com World Amateur Handicap Championship will be played August 27-31 on more than 60 of Myrtle Beach’s best courses. In addition to the 100 players competing in the gross divisions, 3,100 additional players from 48 states and 26 countries will be playing in this year’s event.

While the competition is initially what lures players to this bucket list event, it’s only part of what keeps them coming back. At the heart of the World Am’s appeal is the camaraderie among its participants and much of that kinship is fostered at the World’s Largest 19th Hole. 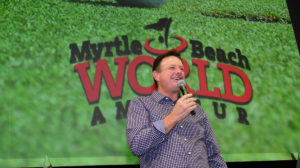 Among the big names that have appeared at the 19th Hole in 2018 are Golf Channel stars Charlie Rymer, Damon Hack and Chantel McCabe and media personality Paige Spiranac.