World Am Tees Off! 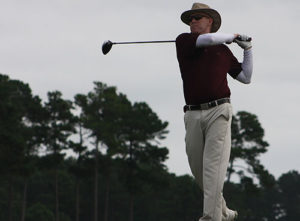 The 34th annual World Am teed off this morning with temperatures in the low 70s and breezy conditions. Participants played on 32 courses along the Grand Strand, beginning what should be fun-filled week.

The World’s Largest 19th Hole will open its doors at 6 p.m., and Golf Channel star Charlie Rymer will be on hand to emcee the evening’s festivities. East Coast Party Band will provide the entertainment and Sticky Fingers will be providing barbecued pork, ribs and chicken (don’t panic, Domino’s and Friendly’s, serving ice cream, will be on hand as well!)

With play underway, here is a look at the World Am “By the Numbers”: